Ketogenic Diet without a gallbladder | Keto and Gallbladder removal

Ketogenic Diet without a gallbladder | Keto and Gallbladder removal

Can you follow a ketogenic diet if you do not have a gallbladder?

Many people have successfully maintained a low carb, ketogenic diet after gallbladder removal surgery it just requires a little more attention to what and when you eat.

Those without gallbladders store less bile, which is used to digest fat. The liver produces bile but may not be able produce enough to make up for the lack of gallbladder. Basically your body will no longer be able to regulate the bile that is released when anything in your stomach triggers that release.

There is often more fat excreted during bowel movements as well as possible build up of fat in the intestines as well as a chance for absorbing less nutrients. Many people who had their gallbladder removed report that they often have a quick bowel movement after a fatty meal.

Often Doctors recommend a low-fat diet for pain management. Fatty foods seem to be the main culprit for the issues those without a gallbladder experience which would make it seem a keto diet would not be the right type of diet to follow but that does not have to be the case. These type of people need to avoid most saturated fats and trans fat, choose foods high in polyunsaturated and monounsaturated fats as well as fish, coconut, avocado and olive oil.

A keto diet is higher in fat than most diets but as long as those without a gallbladder eat regular small meals, so the amount of bile needed for each meal is not excessive, they should be okay. So you will still eat adequate fat for a ketogenic diet but spread out throughout the day.

Another issue seen with those who have had their gallbladder removed is they may not absorb electrolytes and other nutrients as well as they used too. This could be remedied by consuming foods rich in sodium, magnesium and potassium as well as supplement with an all-in-one electrolyte product like Keto-Lytes.

Because of possible loose bowels, increasing fiber intake is a good idea. Pysllium husk is an excellent option to help offset loose bowel movement but at the same time prevent constipation which can also been seen in those without a gallbladder.

Finally, the most popular supplements to take for those without a gallbladder are Ox bile salt and  digestive enzymes as well as a vitamin B complex and niacin. These can help the body produce enough acid to digest fats and proteins as well as encourage the body to produce enough bile to break down foods fatty foods.

As long as those without a gallbladder take these important but easy steps, a ketogenic diet can still be maintained.

Links to some helpful products, click each image below: 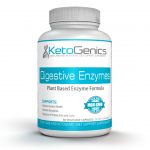 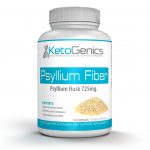 🌟 🌟 🌟 🌟 🌟 5 star review from Beth B.: Tastes Great!Terrific protein powder – supported by always great customer service! It’s the first time I have tried vegan protein powder and these are great! First – the flavors: every choice is a good one however I really love both the Iso Plant Chocolate Peanut Butter and the Iso Plant Pecan Shortbread. My guess is each would be amazing in cookies (check the recipes posted here on this site). And second, it is easy to add some almond milk and eat them thick, with a spoon. Wonderful dessert! I do enjoy most of the KetoGenics protein powders (thinking the new Zero Carb Hazelnut Ice Cream!) however it will be a long time before I choose anything other than these new vegan Iso Plant products!www.ketoshop.com/products/iso-plant-vegan-plant-based-protein-powder ... See MoreSee Less

These easy to make low carb chocolate chip cookie dough truffles are low in carbs, high in protein and a delicious guilt-free treat! Only 2 grams of net carbs, 8 grams of protein and 79 calories per t...
View on Facebook
· Share

🌟 🌟 🌟 🌟 🌟 5 star review from Cyndi M.: I finally love protein powder!!This is amazing! I could very easily just drink protein shakes all day - skip food! I wasn’t sure how coffee would taste as I am used to the sweet flavors but it is perfect!!www.ketoshop.com/products/cold-brew-coffee-whey-protein-isolate ... See MoreSee Less

🌟 🌟 🌟 🌟 🌟 5 star review from Margi W.: Super yummy oatmeal cookie flavor! Blends effortlessly with water and ice in my ninja blender. So much better than the 310 shake at half the price! Can’t wait to try the next flavor as soon As this batch is finished.www.ketoshop.com/products/iced-oatmeal-cookie-zero-carb-protein-powder ... See MoreSee Less

Pizza dough can be packed with protein when made w

🍩 Happy National Donut Day 🍩 How are you c

Stop those keto cravings in their tracks with our