Have you been on a low-carb or ketogenic diet for some time and perplexed why your morning blood glucose readings are on the high end? Did you know that it is quite common for long-term ketogenic dieters to have morning fasted blood glucose readings that average 100-125 mg/dl? This is rather common, albeit normal and sometimes referred to as Dawn Phenomenon or Physiological Insulin Resistance.

Dawn Phenomenon is a natural rise in blood sugar because o a surge of hormones secreted at night which trigger your liver to dump sugar into your blood to help prepare you for the day.

Another term for this is Physiological Insulin Resistance. A good description of this phenomenon comes from Chris Kresser, M.S., L.Ac:

“Very low-carb diets will produce elevated fasting blood glucose levels. Why? Because low-carb diets induce insulin resistance. Restricting carbohydrates produces a natural drop in insulin levels, which in turn activates hormone sensitive lipase. Fat tissue is then broken down, and non-esterified fatty acids (a.k.a. “free fatty acids” or NEFA) are released into the bloodstream. These NEFA are taken up by the muscles, which use them as fuel. And since the muscle’s needs for fuel has been met, it decreases sensitivity to insulin. “

So, if you eat a low-carb diet and have borderline high Fasting Blood Glucose (i.e. 90-105), it may not be cause for concern. Your post-meal blood sugars and A1c levels are more important.

One of the clearest explanations of physiological insulin resistance I’ve seen comes from Paul Jaminet, Ph.D. a MIT and Berkley-trained astrophysicist who says that physiological insulin resistance is a protective response of the body that ensures that the brain gets the benefit of a limited supply of glucose. Because the rest of the body is refusing to take up glucose, and the liver takes it up slowly, a meal of carbohydrates is followed by higher blood glucose levels in someone on a low carbohydrate diet.

The human body is very adaptive to different situations and different fuel sources.  Just because our reference data is from the past few decades when we have typically eaten large amounts of processed carbohydrates, we take that as the new normal.

Physiological Insulin Resistance is a benign state that is not making your diabetic insulin resistance worse.  A ketogenic dieter becomes adapted to sparing glucose for use by those cells which absolutely require it. Some brain cells, red blood cells and testes require glucose because they do not have mitochondria. Fasting blood glucose will often rise above 100 mg/dl.

With Physiological Insulin Resistance you will have a low HbA1c value, your liver and kidneys will be very sensitive to the effect of insulin, even though muscle tissue isn’t, you will almost never suffer hypoglycemic events. It takes a few days of eating carbs to return to the normal state for healthy people.

This is why the term is “physiological” and NOT “pathological”. It is not a disease state, it is a healthy response to carbohydrate restriction.

A few months ago we launched the new IsoPlant Brownie Batter Flavor protein powder and it has slowly become our top selling flavor of protein in such a short amount of time! So, making some treats with them was inevitable!These easy to make low carb chocolate brownie batter truffles are low in carbs, high in protein and a delicious guilt-free treat!Macros per 1 truffle:66 Cal 3 gm Fat1.6 gm net Carbs5.1 gm Protein ... See MoreSee Less

These easy to make low-carb chocolate brownie batter truffles are low in carbs, high in protein and a delicious guilt-free treat! Only 1.6 grams of net carbs, 5.1 grams of protein and 66 calories per ...
View on Facebook
· Share

These Blueberry Protein Donuts are the perfect mix of sweet and fruity. Feel free to kick them up a notch with a protein glaze (vanilla protein mixed with some Greek yogurt or heavy cream or milk substitute).Would you like your cake..errr um.. donuts and eat them too? Well you sure can with these amazing low carb, high protein treats.Macros (per donut):102 Cals16 gms protein2 gms fat2.5 gms NET carbsCheck out the recipe below: ... See MoreSee Less

Would you like your cake (donuts) and eat them too? Well you sure can with these amazing low carb, high protein treats. With only 2.5gms of net carbs and 16gms of protein per donut, these treats can f...
View on Facebook
· Share

🌟 🌟 🌟 🌟 🌟 5 star review from Caroline E.: Great product for a great priceI feel better! I use to feel bloated and sluggish. I add this to my Ketogenics protein shake after my morning workout and I have energy through out the day.www.ketoshop.com/products/super-greens ... See MoreSee Less

Our most sought after new product launch is finall

Due to overwhelming requests, we are happy to intr

🍩 Happy National Donut Day 🍩 How are you ce

Happy National Pumpkin Day How are you celebratin

Just in time for #NationalCinnamonRollDay and sinc 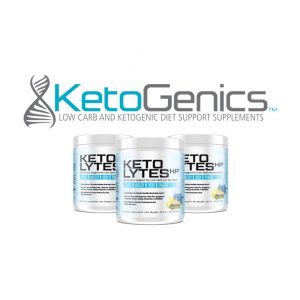